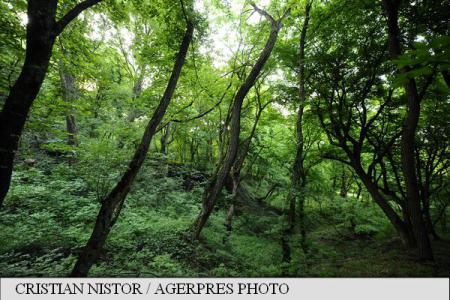 As of next year, Romania will have a National Catalogue of Virgin and Quasi-Virgin Forests, produced and supported by World Wide Fund (WWF) Romania, director of the environmental organization Csibi Magor told AGERPRES.

“As far as forests are concerned, apart from the Forest Code, we advocated the proper implementation of the European Timber Regulation that deals with trade in timber, we continued to support the FSC forest certification process (as a guarantee for responsible forest management practices) and, not in the last place, we carry on with the identification and mapping of virgin forests (…) We are working on the National Catalogue of Virgin and Quasi-Virgin Forests to be released next year. We will also get involved in the development of the 2015-2020 National Forestry Strategy,” said the head of WWF Romania.

He also mentioned that the organization under his conduct has managed to include in Romania’s General Transport Masterplan mentions on avoiding habitat destruction.

“For brown bears, we want broad, continuous habitats, and we are on the right track with securing the ecological corridors in Maramures — those green strips that are essential for the animals’ traveling, food, shelter and mating needs. Speaking of habitats and their fragmentation, we took another big step in 2015, as we managed to include in Romania’s Transport Masterplan mandatory environmental criteria, solutions to avoid the destruction of critical habitats by the construction of roads or navigable waterways. Mountain rivers have also been in our attention since the beginning of the year. We hope that this year we will have the Minister’s order in place on the planning of SHP projects, which will clarify certain aspects in the current law, which is still too ambiguous and permissive,” said Csibi Magor. More…