We should not create excessive expectation over a settlement, House President says 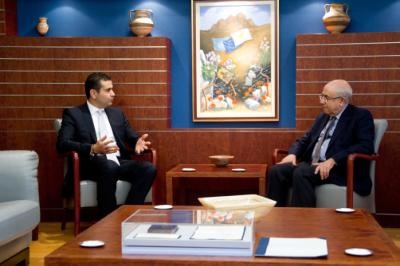 Cyprus House President Yiannakis Omirou said on Wednesday it would be wrong to create excessive expectation over a settlement to the Cyprus problem as there is no substantive change in the basic Turkish positions over the content of the solution.

“The creation of excessive expectation that we are lead towards a Cyprus settlement is wrong. This unjustifiable euphoria crease a false image both internationally and in the EU resulting to the impression that the Turkish side has changed its stance and has shifted from its intransigent positions,” Omirou said in a statement after meeting the new head of the European Parliament in Cyprus.

“The reality is that there has been no substantial change in the Turkish side`s basic approach on the content of the settlement,” he added.

He points out that our duty is to move firmly both in the EU and internationally to convey a message that it is time for intervention towards the Turkish side, adding it should be understood that only if Turkey abandon its long-standing intransigence there should be possibility for solution.

The House President reiterated the need the EU to assist the solution efforts more firmly and more actively.

“The EU Special Representative appointed by (the EU Commission President Jean Claude) Juncker should have a more active and decisive presence and intervention in the talks exercising effective review on the compliance of all aspects of the settlement to the EU acquis communautaire,” he concluded.