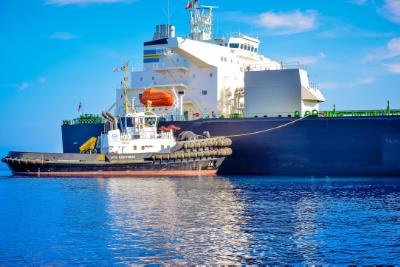 Vasiliko Terminal Services (VTS) announced on Tuesday the launch of its operations at the jetty of VTT Vasiliko (VTTV) oil storage terminal, in the south-eastern coast of Cyprus.

According to a relevant announcement, VTS will be providing marine services to the Terminal including pilotage, towage, mooring and sludge collection services, following a license agreement signed with the Cyprus Ports Authority, whereby CPA receives fees.

On November 29, the first Tanker berthed at the VTTV Jetty, delivering Gasoil to the Terminal.

The tugboats, unique both to Cyprus and the region, represent a significant investment of around 15 mln euros, and operate under Cyprus’ flag, the announcement concludes.

The construction of the first phase of the oil storage terminal and the jetty at Vasiliko have been completed in late November.