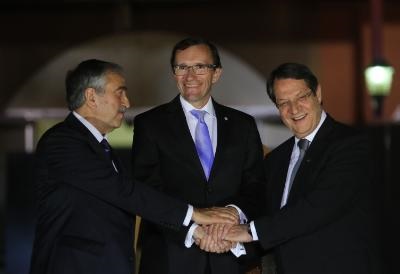 The United States have welcomed the resumption of the UN-led peace talks for a settlement to the Cyprus problem, reiterating their willingness to assist the process in any way the parties find useful.

“The United States welcomes the announcement that Greek Cypriot and Turkish Cypriot leaders will resume settlement talks on May 15,” US National Security Council Spokesperson Bernadette Meehan said in a statement issued on Tuesday.

Meehan reaffirmed “our full support for the UN-facilitated process under UN Special Adviser Espen Barth Eide, and we reiterate our willingness to assist the process in any way the parties find useful.”

Concluding, she said that the US “encourage the parties to reach a settlement as soon as possible to reunify the island as a bizonal, bicommunal federation, which would benefit all Cypriots as well as the wider region.”

The UN announced on Monday the resumption of talks, with a view to finding a negotiated settlement that would reunite Cyprus, divided since the 1974 Turkish invasion.