UNESCO’s Lukosiunas: We are very concerned about safety of journalists 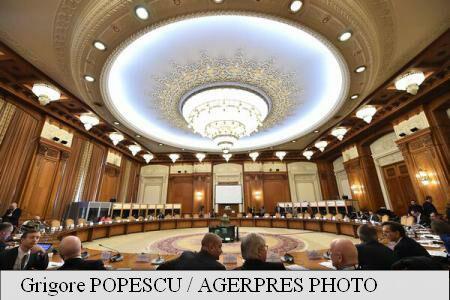 UNESCO has a special mandate to improve the freedom of expression and protection of journalists all around the world and we are extremely concerned about safety of journalists, UNESCO Programme Specialist – Communication and Information Sector Marius Lukosiunas told the “Protection of Journalists and the Freedom of the Press” conference on Thursday at the Palace of Parliament in Bucharest.

“The organisation I represent, UNESCO, has a special mandate to defend freedom of expression and press freedom all through the world and we are extremely concerned about the safety of journalists. To prove that (…) at the beginning of February [at] the UNESCO headquarters in Paris we had a big conference with media leaders (…) where we discussed the issue of safety. The purpose of the meeting was twofold, on the one had to see what we in the industry (…) can do to improve the situation and how to put in front of the governments (…) the whole range of issues in the context of safety of journalists (…) and to give a strong signal that enough is enough and that it is the ultimate responsibility of the governments to ensure the safety of journalists,” said Lukosiunas.

“The UNESCO Director General every two years issues a director general’s report (…) that names journalists that have been killed, and, on the basis of that (…) the UNESCO Director General, every time a journalist is killed, is issuing a statement condemning it and sends a request to the respective member state to report on the judicial investigation. So, there is a monitoring system not only on how many journalists have been killed, but there is also a monitoring system of what the member states do in order to ensure that the cases are investigated. When we look at who are the victims, we of course talk about those journalists who are active in war zones, or civil conflicts, but actually 97 percent of the journalists killed are the journalists who are representing local mass-media, the ones who are doing investigative journalism, the ones who are breaking the corruption cases in their specific countries. (…) We at UNESCO are trying to work in order to help and to facilitate better international standards for protection of both groups,” Lukosiunas explained. More…