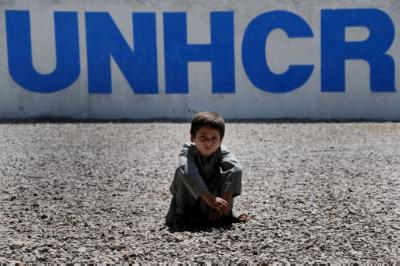 Entitled ‘Broadening Cross-Boundary Communications’ the conference will take place in Ledra Palace, at the Nicosia buffer zone, on Wednesday 7 and Thursday 8 October with the participation of UN Special Rapporteur on freedom of religion or belief Heiner Bielefeldt, an UNFICYP press release says.

“Violence committed in the name of religion can be prevented through cross-boundary communications,”, he added.

According to the press release, Bielefeldt, who has been cooperating closely with the Office of the Religious Track of the Cyprus Peace Process in promoting interreligious dialogues on the whole island, has in the previous two years taken part in the Interreligious Roundtable on Human Rights in Cyprus that brought together the religious leaders on the island.

“The cooperation among the religious leaders has led to consistent progress in the realization of freedom of religion or belief on the whole island”, it reads.

“Building upon the encouraging outcome of the Cyprus Interreligious roundtable, the two-day Regional Conference aims to reach out to different actors of the MENA region, and to facilitate an exchange of their experiences in interreligious or interfaith dialogues,” the Special Rapporteur said.

Bielefeldt will also attend the third Interreligious Roundtable on Human Rights in Cyprus on 6 October 2015 afternoon at the Home for Cooperation, preceded by a meeting with the Religious Leaders of Cyprus at the residence of the Swedish Ambassador that morning.

A lecture on ‘Building trust through cross-boundary communication – experiences in Cyprus and elsewhere’ will be held on 7 October 2015 at 19h30 at Chateau Status in the UN controlled buffer zone. To register for the lecture please contact: religioustrackcyprus@gmail.com.

Cyprus was divided in 1974 when Turkey invaded and occupied its northen third. UN backed talks resumed between Cyprus President Nicos Anastasiades and Turkish Cypriot leader Mustafa Akinci aiming to reunify the island under a federal roof.