Troika technocrats due back in Cyprus on January 27 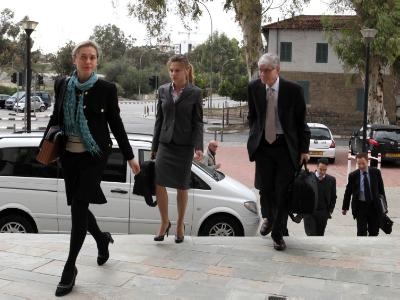 A Troika technical mission is set to return to Cyprus on January 27 for the sixth review of the financial assistance programme, an IMF source told the Cyprus News Agency on Friday.

The mission will focus on the insolvency framework, a “critical priority” for the programme at this stage, the source noted.

“The technical mission is scheduled to begin its work in Cyprus on January 27”, but “a full review mission”, which includes the heads of the Troika, “will begin once the suspension of the foreclosures law is expired. This is the plan at the moment”.

The House suspended in its final plenary session of 2014 the implementation of the foreclosures law until the 30th of January, asking the Government to submit all the five bills of an insolvency framework, which was scheduled to be put into force in January 1 to set up a safety net to protect vulnerable groups from foreclosure of mortgaged property.

The insolvency framework will be the focus of the technical mission due on January 27, the IMF source noted, adding: “this is a critical priority of the program given the high level of non performing loans”.

So far three bills form the package have been tabled before the House, while the fourth is expected to be approved by the Cabinet in its next meeting.

The fifth bill of the insolvency package is still in the hands of the Troika for scrutiny. “Important and relevant work is in progress on that,” the source said replying to a question.

The IMF official said that the €86 million tranche, halted following the Parliament`s decision to suspend the foreclosures law, will be disbursed when Cyprus fulfills its obligations related to it.

“As a result of the suspension of the foreclosures law, some essential requirements for the completion of the review are missing. At this stage first we will have to see the commitments being met and then we will reassess first at the staff level” the source told CNA.