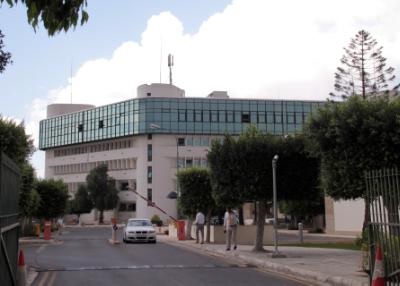 Cyta trade unions met on Tuesday to discuss the Government`s proposal over the status and the rights of the employees after the privatisation of the semi governmental telecommunication organisation.

The trade unions said that they will send their comments to the Finance Minister by the end of the week. They also said that they want the proposal to be submitted to the Parliament in the form of a bill.

The Government`s proposal has been prepared after consultation and exchange of views at the joint consultative committee for Cyta.

Reliable sources from the Government told Cyprus News Agency that the proposal will have a meaning only after the Government will have found a suitable strategic investor, adding that even after the bill on the establishment of the new private company passes from the Parliament, the employees will still belong to the public company.

The same sources explained that a transitional period of twelve moths will apply from the day that the shares will be transferred to the investor, giving workers time to consider all their options.

During the transitional period or until the end of it the workers will have four options. The first option is to work with the new private company on the basis of a private sector contract. A package of free shares will be offered to the workers as an incentive to take this option. The second one is to work with the new company under a contract but maintain their position at the public company without payment for as long as them or the investor wish. The third option would be a voluntary retirement plan and the fourth would be a transfer to another department of to the public sector.

The bill on the establishment of the new private Cyta is expected to be tabled to the Cabinet on August 19 and then to the Parliament. The Government will then begin looking for a strategic investor, a procedure that is not expected to last less than nine months, the same sources told the CNA.

Doros Theodorou, Secretary General of SIDIKEK PEO Cyta told CNA that the five trade unions will send a letter to Finance Minister Harris Georgiades by the of the week. In the letter, besides their comments on the government`s proposal, the trade unions will demand that the proposal be submitted to the Parliament in the form of a bill.

Theodorou said that the trade unions will meet again on Wednesday to discuss further issues related to the proposal.