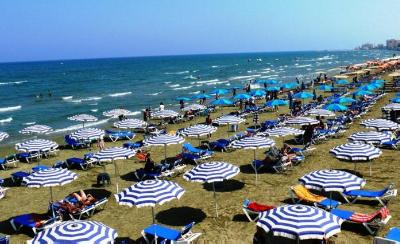 In a press statement following the release of the January – July figures by the Cyprus Statistical Service (Cystat), Loizou notes that this record is attributed to various factors such as the rate of the British sterling against the euro, which favoured arrivals from the UK, the operation of new flight to Cyprus, the improved access to the island, as well as the cooperation between all stakeholders in the tourist industry.

Tourist arrivals for January – July reached 1,450,427 marking an increase of 6.5% compared with 1,361,794 of the corresponding period of 2014, offsetting the decline in tourist arrivals from Russia.

He noted that this is the first time that monthly tourist arrivals exceed 400,00 which constitutes a record in the history of Cyprus` tourism.

Loizou however pointed out there can be no complacency, noting “it is imperative the cooperation between all stakeholders should continue mainly to curb seasonality and maintain and improve further the tourism performance that has direct impact on the economic indexes and affect positively the efforts to return to economic growth and economic progress.”