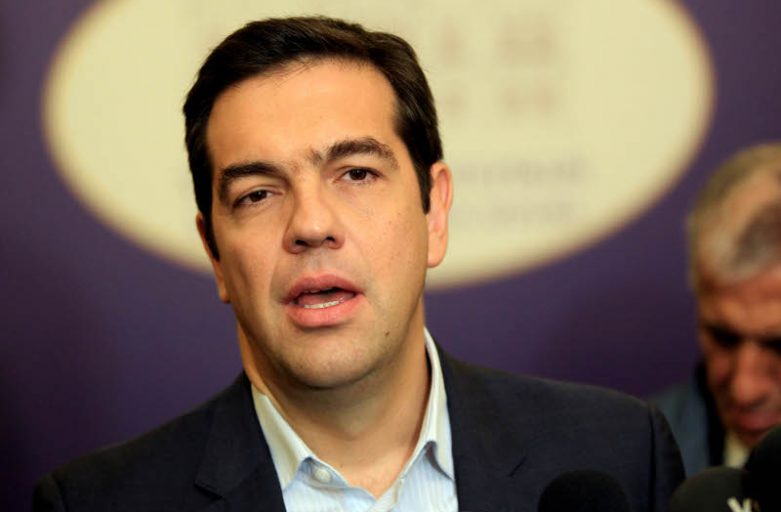 ANA – MPA — The leader of main opposition SYRIZA, Alexis Tsipras, presented two messages during his speech at the party’s Standing Conference late on Saturday – one towards Greece’s lenders and one towards Greeks.

Welcoming him to the pontium, Nikos Voutsis, SYRIZA MP and secretary of the party’s parliamentary committee, said Tsipras will be the first prime minister from the Left.

Tsipras described the framework of the negotiations between the country and its international lenders and also clarified that the party’s programme is non-negotiable.
“There will be a negotiation (with the country’s international lenders). There will be an agreement. And the memorandum, along with the troika, will become part of the past!” he said as he opened the meeting, referring to the negotiations he’s planning to hold if he’s voted prime minister.

The leader of SYRIZA said the party’s opponents are accusing him of planning a rift with the country’s Eurozone partners. “But what we want and what we’re planning is a break with barbarity. A break with the irrational and what is wrong,” he said.

Tsipras reiterated his position that Greece’s debt is not sustainable but that the policy followed today is not sustainable either. He explained he will claim from Greece’s lenders the write-down of the largest chunk of the country’s debt through an honest and determined negotiation, so that the country can finally enter a path of growth.