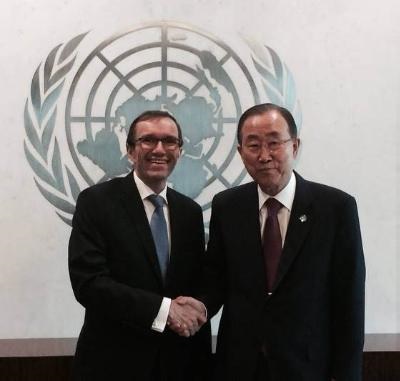 The UN has referred to “unprecedented progress” in the Cyprus peace effort over the past year.

UN-led peace talks are currently underway in Cyprus between the island’s two communities to try and find a negotiated agreement which will reunite the country, divided since the 1974 Turkish invasion.