The role of sports in society should be redefined, says President 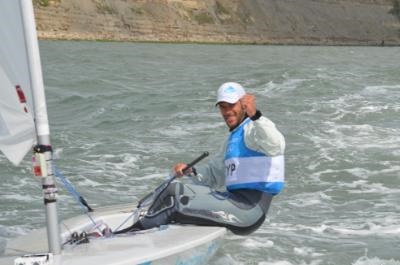 President Nicos Anastasiades has said that everyone should assume their responsibilities in order to improve the situation in sports and redefine the role of sports in society.

In an address at the Cyprus Sports Writers Union best athletes award ceremony, read by Education Minister Costas Kadis, President Anastasiades said the award ceremony takes place amidst many problems and serious concerns over the future of sport in Cyprus.

The Cyprus Sports Organisation has reviewed all national planning and programmes, has put in place reasonable criteria and has ensured they will be implemented, he said. In this context, he explained, sports federations are audited to ensure that public funds are used according to the rules of good governance.

President Anastasiades congratulated the athletes who won the awards.

Silver Olympic medalist in sailing Pavlos Kondides was awarded best athlete of the year in the men’s category for third year running.

Kyriaki Koutrouki, Tae Kwon Do athlete, who ranked 1st in the world for the 46 kgs category at the end of 2014, was best athlete of the year in the women’s category.

Top team was awarded to APOEL football team for winning both the Cup and the Championship in Cyprus and for qualifying for the Champions League.

Cyprus referees decided Monday to boycott all local matches, after a bomb attack on the house of referee Thomas Mouskos`s mother in Limassol. According to the police the referee`s mother was not hurt because she was in an upstairs bedroom. Mouskos had received threats over his performance during a match between Apollon and Othellos on 12 January.