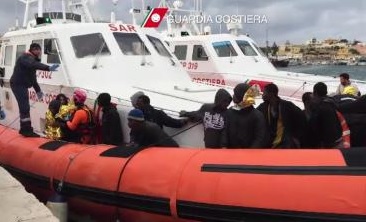 Syrian refugees, amongst them women and children, on board two boats, were rescued in the early hours of Wednesday by the Cyprus Coast Guard, off the coast of Akrotiri, near the southern coastal town of Limassol.

Police in the Sovereign Base Area (SBA) of Akrotiri have confirmed the incident. “The two vessels were spotted by fishermen this morning and we are now in the process of recording their numbers”, SBA Police’s Acting Chief Superintendent George Kiteos told CNA.

In the past, Cyprus has received hundreds of refugees from nearby Syria and other countries.

Civil Defence has also been placed on high alert in order to provide assistance, upon request from the British Bases, Spokesperson Olivia Michaelides told CNA.

She said that the refugees are at the moment under the control of the Bases and the Cyprus Republic will be assisting, if asked, but so far there has been no involvement by the Civil Defence.

Britain, a former colonial power, has retained two military bases in Cyprus after the island gained its independence in 1960.