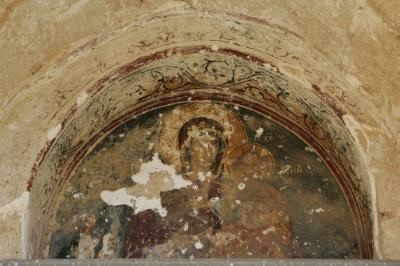 The Swiss government has announced a grant worth 100,000 CHF (about 91,000 euro) to help restore Cypriot cultural treasures.

According to an official press release issued by the Swiss Embassy in Nicosia, these funds will allow the Byzantine Museum of the Archbishop Makarios III Foundation to restore, together with the Department of Antiquities and the Holy Archbishopric of Cyprus, precious antique icons, frescoes and mosaics, treasures that have have been repatriated after having been stolen from churches in the Turkish occupied northern part of Cyprus.

The project aims at preserving them until they could be safely shown again at their original places.

According to the press release, this support is part of the close cooperation between Switzerland and Cyprus in the field of culture.

Other major elements are an Agreement on the repatriation of antiquities dating from prehistoric times to 1500 AD that entered into force on 15 February 2014 and a project to digitise and document movable cultural goods stemming from the Northern part of Cyprus.