Spokesman: We expect tangible proof of Turkey’s will to resume peace talks 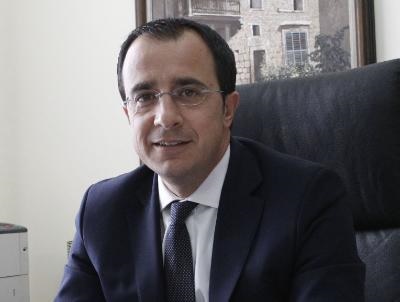 The Greek Cypriot side expects Turkey to prove that it really wants the resumption of the stalled UN-led peace talks, Government Spokesman Nikos Christodoulides has said, adding that the same conditions which applied before the decision of the Greek Cypriot side to suspend its participation in the talks must be created so that the dialogue can resume.

In statements to the press, after President Nicos Anastasiades received on Tuesday the UN Secretary General`s Special Representative on Cyprus Espen Barth Eide, Christodoulides said that the two men had a very good discussion on the current phase of the Cyprus problem, on how the dialogue could resume, on how the reasons which led the Greek Cypriot side to its decision to suspend its participation in the negotiations can be lifted, how to return to the status quo ante and on the fact that Turkey must prove that it really and actually respects the sovereign rights of the Republic of Cyprus in its Exclusive Economic Zone.

Christodoulides said that “we should wait and see if there are any concrete developments”, noting the readiness of the Greek Cypriot side and President Anastasiades` will. “We expect Turkey to prove in practice that it really wants the resumption of substantive talks that could lead to a Cyprus settlement,” he added.

Responding to questions, Christodoulides said that “there can be no negotiations with Turkey issuing an illegal notice to mariners regarding Cyprus’ Exclusive Economic Zone.”

Invited to comment on Eide`s reference that all developments in the gas sector seem now to move in such a direction that talks can continue, Christodoulides said that the two issues are not linked, adding that planning on energy issues continues normally.

Responding to another question, Christodoulides noted that conditions are important for the resumption of the dialogue, noting that the positions submitted at the negotiating table are the most important thing and will determine whether there is progress or not.

Asked if Eide referred to Ankara`s intentions, the spokesman said that he made some assessment, but “we cannot take any decisions based on assessments.”

Replying to other questions, he said the government wants to see the Turkish vessel “Barbaros” withdraw from the occupied port of Famagusta.