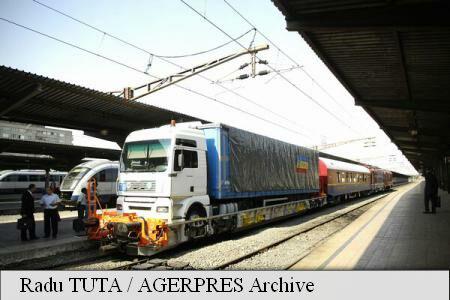 Representatives of the international bodies operating in the rail industry, specialists and decision-making factors, as well as representatives of more than 20 Romanian and foreign companies are going to participate on Wednesday and Thursday in the 8th edition of the international expo-conference addressing topics related to railway infrastructure, InfraTrans 2015, a top event in the railway industry in Romania.

An international symposium will be held simultaneously with the exhibition, focusing a theme of a particularly current interest, namely ‘Rail passenger and freight transport, in the context of the alignment to the European directives and Romania’s Master Transport Plan.’

By participating in this conference, the invited Romanian and foreign companies will be able to promote their activity in the field and voice their concerns about the future and also they will be able to establish the best offer to achieve pan-European inter-operability in the rail sector, in compliance with the European Union regulations. Among the participants there will be CFR Electrificare, Schwihag AG, VAE Apcraom, Metrorex, Alstom Power Romania, ISAF, Romkatel, Louis Berger, Silogic, GFR, Kraiburg Elastik, Informatica Feroviara, Siemens, Metroul, Digital Telecomms. More…