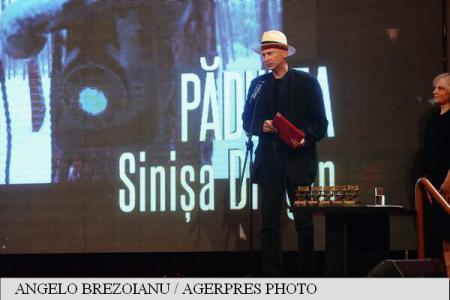 “The Forest” documentary, by Sinisa Dragin, is a film “about how art can influence politics,” said journalist and film critic Cristian Tudor Popescu on Thursday evening at Studio Cinema, where the first national screening of the production took place.

“The Forest” Serbian-Romanian co-production starts from a real event: in 1947, Yugoslav President Josip Broz Tito visited Romania for the first time. Its communist regime gave him, as a present, a painting from a great Romanian artist Ion Andeescu: “The Leafless Forest”.

“It is a very good, very rare film,” Cristian Tudor Popescu said, adding that, in terms of style, in “The Forest” production there is “a combination that usually doesn’t work” — the journalistic demarche and the poetic dimension.

He said that the story of “The Forest” is told in the manner of a reportage, “as it used to be done.” More…