“Significant agreements” with Russia during the President’s visit in Moscow 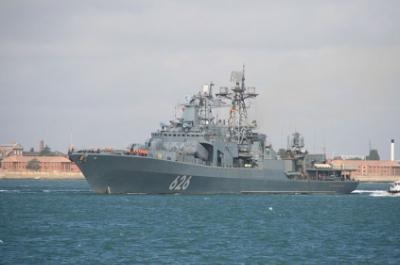 The Cypriot Government is in advanced talks with Russia regarding the signing of a number of cooperation agreements, said Sunday the Government Spokesman Nikos Christodoulides, referring to the upcoming visit of President Nicos Anastasiades in Moscow.

Commenting on statements by Russian Ambassador Stanislav Osatsi in an interview with “Kathimerini” newspaper, that Russian – Turkey relations is not an obstacle for Russia’s cooperation with Cyprus, Christodoulides said that “each country works solely trying to serve its own strategic interests and that is what Russia does, that is what the Republic of Cyprus does”.

“In this context we are in advanced processes, in advanced talks for the signing of a number of significant agreements and within the next week there will be more specific announcements by both the Russian side and the Republic of Cyprus,” he said.

At the same time he said that the long-standing positions of Russia on the Cyprus problem were greatly appreciated by Nicosia and that in this context, the traditional relations between the two countries was an indisputable fact.

Regarding the reference of the Russian Ambassador on military cooperation, Christodoulides reiterated that there was a military agreement between the two countries that would be updated and concerns military material that Cyprus has purchased from Russia and that there was a dialogue underway to provide facilities to Russia in connection with Russian nationals in the area, in case of emergency.