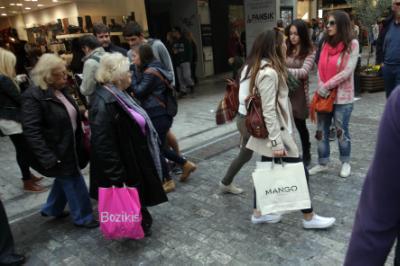 The Cypriot economy returned to growth in the first quarter of 2015 with 0.4% after a 14-quarter contraction, with the Finance Minister Harris Georgiades noting that this development confirms the economy`s positive prospects.

According to figures released by the Cyprus Statistical Service and Eurostat, the Cypriot economy grew by 0.4% year on year and by 1.6% compared with the previous quarter of 2014. Furthermore, According to Eurostat data, Cyprus registered the fastest quarterly economic growth in Q1 2015 among the euro area.

“This is surely an important development that confirms the Cypriot economy`s positive prospects,” Georgiades said in statement issued from Tbilisi, Georgia.

Cyprus entered recession in Q3 of 2011, following a blast that crippled the island`s main power plant, according to the Statistical Service. Cyprus` banking sector came to the brink of collapse in March 2013 prompting the government to conclude a €10 billion bailout with the EU and the IMF. According to EU projections, the Cypriot economy is expected to decline by 0.5% in 2015 followed by 1.4% growth in 2016.

But Georgiades warned that “there is a long way ahead, as economic recovery is at the initial stages and therefore remains fragile.”

“It Is imperative that we continue our joint effort to reform and consolidate our economy,” he said.