Resolution on UNFICYP to be approved by SC on Wednesday 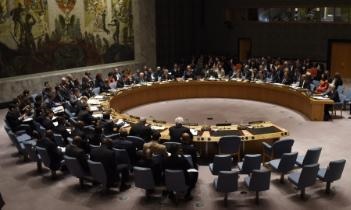 UN Security Council members agreed late on Friday on the text of a draft resolution for the renewal of UNFICYP that will be endorsed during an open meeting on Wednesday, July 29.

The draft was put in a 24hour silence procedure that ended without any objection by any member.

Cypriot diplomatic sources express satisfaction for both the content of the draft resolution and the smooth process, during which two-three amendments suggested by the Greek Cypriot side have been accepted.

The final draft is as follows: