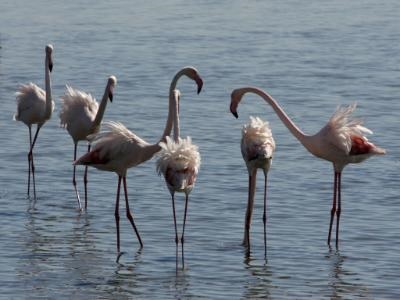 The EU Birds Directive has had a huge impact on protecting Europe’s most threatened bird species, a new research by the RSPB (BirdLife’s UK partner), BirdLife International and Durham University has shown, according to BirdLife Cyprus, a non-governmental organisation working for the conservation of wild birds and their habitats in Cyprus.

The research, published on July 28 in the journal Conservation Letters, analysed trends in populations of all EU bird species. It reveals that the key factor determining the fate of species is whether or not it is afforded the highest level of protection under the Birds Directive. In the language of the Birds Directive, this means whether a species is listed under Annex 1 or not, the NGO explained.

“We analysed information on all bird species breeding across the European Union. Our findings confirm that species with the highest level of protection under the Birds Directive, such as Dalmatian pelican, spoonbill, griffon vulture and greater flamingo, are more likely to have increasing populations, and that these results are most apparent in countries that have been members of the European Union for longer”, said Lead author of the paper, RSPB scientist Dr. Fiona Sanderson, who works for the organisation’s Centre for Conservation Science.

The research is being published just days after the closure, on Sunday 26 July, of a public consultation on the future of the European Union’s nature laws. The European Commission is currently reviewing the Birds and Habitats Directives, looking into their effectiveness.

BirdLife Europe’s Head of EU Policy, Ariel Brunner, said that “just days after the crucial public consultation on the Birds and Habitats Directives closed, this is clear-cut scientific evidence on the effectiveness of these laws. At a time when the benefits of EU membership are increasingly questioned, this research shows that, at least for nature, the EU is making a huge positive difference. It would make no sense for the European Commission to demolish legislation proven to work and which enjoys a massive level of support among citizens.”

The public consultation on the Birds and Habitats Directives, that closed on Sunday 26 July, received the largest public response to any consultation published by the European Commission. More than half a million (520,325) people from across Europe supported the call not to amend the legislation, of which over 1,500 were from Cyprus.