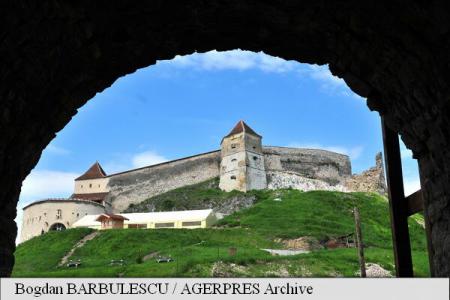 The Historical Film Festival will kick off its 7th edition in Rasnov on Friday, with the visitors to take part in screenings, concerts, exhibitions and debates.

Rasnov Festival schedules 46 film screenings, 11 special events, 20 lectures and debates given by more than 40 guests (historians, film directors, diplomats, journalists and producers), two exhibitions and a book show, which more than 12,000 visitors are expected to attend.

“It is a novel film festival, unique in Romania, with a very clearly defined feature — a festival of historical period dramas. We haven’t changed the options from one edition to another. As far as I know, it is the second festival in Europe of its kind, after a festival in France. It can also be considered a music festival, since there will be eleven concerts during the ten-day festival, from July 31 till August 9. Thanks to this festival, the Evangelical Church in Rasnov has joined a national circuit of tourist sites…. This is largely the merit of this festival in the seven years, namely it has integrated tourist sites of Rasnov”, said historian Nicolae Pepene, the Festival initiator.

He added that Rasnov Historical Film Festival also includes a summer school that is very important for Romania both by concept and topics and by the involved institutions, with lecturers from Rasnov Town Hall, the National Council for the Study of Securitate secret police Archives, the Romanian Film-Makers Union, the Institute for the Study of Communist Crimes and the Memory of the Romanian Exile, the Institute of Political Sciences and International Relations of the Romanian Academy, Bucharest and Cluj-Napoca universities. More…