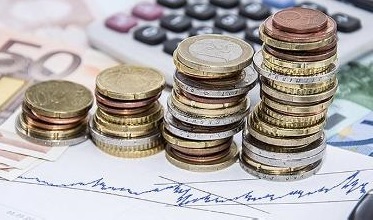 Medium term prospects of the Cypriot economy are more optimistic than had been anticipated, according to the Ministry of Finance which in a report entitled “Economic Developments and Prospects 2016 – 2018” forecasts that public debt will shrink under 100% in 2018.

According to the ministry`s estimate, growth rate for 2015 will range between 1% and 1.5% contrary to the Troika`s predictions of just 0.5%.

The improved predictions are based on the expectations for better performance of the economy in 2015.

Fiscal balance in 2017 is estimated to be in surplus and reach 0.5% as a percentage of GDP, the report says, while the primary balance (excluding expenditure to service the debt) is forecast to also be well out of the red and reach 2.8% of GDP.

“The better than expected development of the economy, in combination with the gradual restructuring of the banking sector, has contributed to improved confidence,” the report points out.

On the banking sector, the Ministry stresses that the most significant challenge continues to be “the very high percentage of non performing loans (NPLs).” It does highlight however that a drop in NPLs will be achieved gradually as positive prospects for the Cypriot economy will continue to improve expectations.