Prosecutor General on pardon: We encourage citizens’ correct conduct, but someone comes and shifts direction 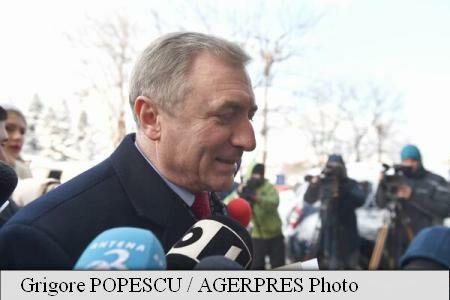 Romania’s Prosecutor General Augustin Lazar told AGERPRES on Thursday that there is a concern feeling among prosecutors in respect to the pardon draft, and in the Superior Council of Magistrates (CSM) the general idea on this topics is negative.

“There is a concern feeling, because since we joined the European Union we have been preparing to consolidate the rule of law through a correct public conduct, encouraging a correct conduct of the citizens, and now someone comes, who, surprisingly, shifts the direction and would want us to adopt another position, of clemency,” Augustin Lazar said.

He said that in the Superior Council of Magistrates the general idea was negative in respect to the pardon draft.

“I couldn’t tell you right now what kind of opinion there will be, there is a debate in the CSM, however the general idea was negative in respect to this draft, which isn’t meant to encourage Justice and magistrates nor a correct public conduct in Romania. Our position has been blunt, of rejection. We don’t need clemency acts, we need acts of consolidating the Romanian institutions fighting against crime, corruption, conflict of interest. Unfortunately, we see that the text of the law incriminating the conflict of interest has also been modified. It is practically a decriminalization. We will no longer be able to prove that someone has been in a conflict of interest situation if the text remains as it is now. (…) In a few days’ time, we shall have a new point of view and we shall explain that it is wrong to place a private interest of a group of persons, interested in benefiting from this draft, above the public interest,” Augustin Lazar explained.

The Prosecutor General also said that at the meeting he has recently had with Justice Minister Florin Iordache the latter didn’t tell him about the pardon draft or the modifications to the Criminal Code. More…