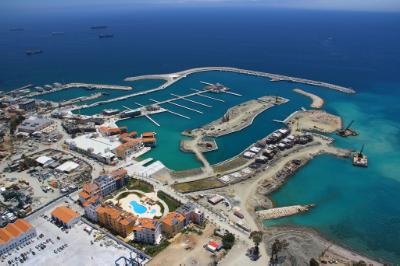 By the end of 2015 it is expected that an agreement will be signed with an investor regarding the commercial activities of the Limassol port.

Cyprus Ports Authority (CPA) Deputy Director General Anthi Cleridou held a meeting today with a delegation of technocrats of Cyprus` international lenders (the Troika) who were briefed on the progress achieved so far for the privatization of the commercial activities of the port of Limassol.

The meeting was also attended by officials from the Ministry of Communication and Works and their advisors as well as a representative of Rothschild Group which conducts a survey on the issue.

Cleridou told journalists after the meeting that she assured the Troika team that `most probably by the end of 2015 an agreement will be signed with the investor for the Limassol port”.

Asked whether this agreement would be to the benefit of the Cyprus Port Authority, she said that this will be the case provided that the investor pays the amount worth of the Limassol port.