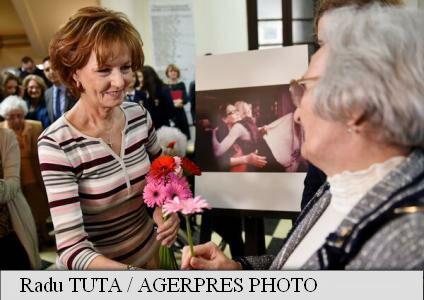 Princess Margareta attended on Monday at the St. Sava College in Bucharest a show celebrating seniors, which marked the closing of the Flowers for the Soul campaign, an event aimed at alleviating the effect of loneliness in the elderly.

The campaign is carried out through the Princess Margareta of Romania Foundation and this year it included 6,000 seniors from 27 communities from Bucharest, Ploiesti, Braila and Constanta.

The Princess attended a short performance of Romanian and French poetry by the high school’s pupils and subsequently visited an exhibition featuring photographs of grandparents of pupils studying at the St. Sava College.

Princess Margareta revealed that visiting the exhibition reminded her of her grandmother Elena, Queen Mother of Romania. “I had a very close relationship with Queen Mother Elena and (…) seeing that this happens often is very moving for me and very beautiful,” the princess said. More…