Presidential Commissioner holds meetings in the US 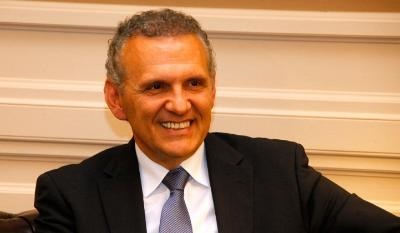 Cyprus Presidential Commissioner for Humanitarian Issues and Overseas Cypriot Fotis Fotiou held a series of meetings with officials of the American – Jewish Lobby in Washington where he attended the 31st Annual Cyprus and Hellenic Leadership Conference and the Conference of the American-Jewish Committee.

On Friday he met at the White House with William Tuttle, Director for Turkey, Greece, Cyprus at the National Security Council. Fotiou will also represent Cyprus President Nicos Anastasiades at Beau Biden`s funeral.

In statements at CNA, Fotiou said that there is a great interest on the part of the US in developments regarding the Cyprus problem.

“I have underlined to all my interlocutors that it is high time for the US to exert pressure on Turkey, because the key for a Cyprus settlement is in Ankara,” he added, noting that the selection of Mustafa Akinci as the new leader of the Turkish Cypriots has created a positive climate in Cyprus.

“However we must remain reserved to see Turkey`s reactions when the discussion of core issues begins,” he added.

As regards the issue of missing persons, Fotiou said that “I have asked for pressure to be put on Turkey to give all the information if has and allow the Committee on Missing Persons to make excavations in the so called military zones where, as we are aware, there are massive graves.”

Fotiou will meet on Monday with Joe Biden`s Special Advisor for European and Eurasia Mike Carpenter and Chair of the US Commission on International Religious Freedom Katrina Lantos.