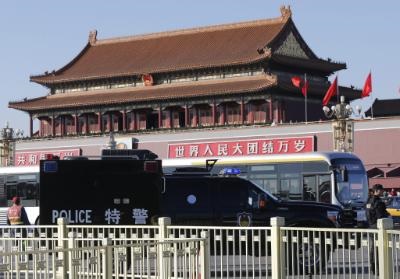 President Nicos Anastasiades arrived on Wednesday in Beijing, at the invitation of his Chinese counterpart Xi Jinping, to attend the Asian Political Parties Conference “New View of the Silk Road: Action for Common Development.” He will also have a meeting with the President of the People`s Republic of China.

According to an official press release, Anastasiades, the only leader among the 28 EU heads of state to attend the meeting, will address on Wednesday the Asian Political Parties Conference.

On Thursday morning President Anastasiades will deliver a speech at a Beijing University.

In the afternoon he will have a bilateral meeting with the President of the People`s Republic of China. The current situation in the Cyprus problem, bilateral relations, particularly in the fields of tourism, investments and energy, as well as China-EU relations are on the agenda of the meeting.

President Anastasiades will be accompanied at this meetings by the Minister of Foreign Affairs Ioannis Kasoulides, the Minister of Transport, Communications and Works Marios Demetriades, the Government Spokesman Nikos Christodoulides and the Ambassador of Cyprus to the People`s Republic of China Agis Loizou.