President departs for Athens on Friday for working visit 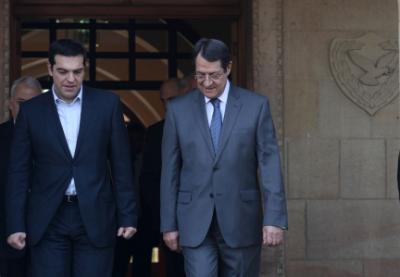 President of the Republic Nicos Anastasiades departs for Athens on Friday morning for a working visit.

The President will hold meetings tomorrow with Prime Minister Alexis Tsipras and President of the Hellenic Republic Prokopis Pavlopoulos.

An official statement said developments in the Cyprus problem in view of the anticipated resumption of the bicommunal talks, the economy, issues concerning the EU and regional developments will be on the agenda of the talks.

The President will attend a lunch hosted by the Greek President in the presence of the Prime Minister.

The Cypriot president, who will be accompanied by Foreign Minister Ioannis Kasoulides and Government Spokesman Nikos Christodoulides, returns home on 19th April.