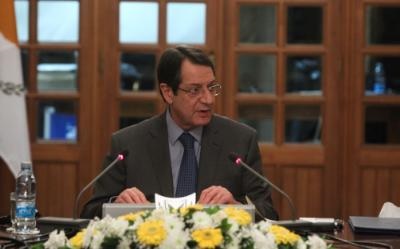 President of the Republic Nicos Anastasiades has unveiled a series of measures aiming, as he said, at stimulating the economy and creating new jobs.

Speaking to the press on Friday, President Anastasiades said that the Government will call for tenders for projects worth of over 200 million euro, which are included in the state budget. These concern environmental and town planning projects and sewerage and infrastructure projects, he explained.

The President also announced that mature projects worth of 80 million will also be promoted, related to upgrading of hospitals, construction of new health centres and schools, tourism infrastructure, urban landscape and upgrading of road networks.

He also announced measures for the jobless.

In addition, he said that the last restrictions on the movement of capital relating to transactions and transfer of funds abroad will be lifted on Monday.