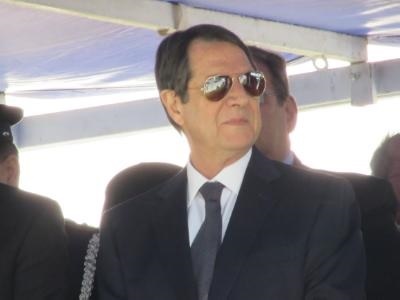 President of the Republic Nicos Anastasiades has described as a positive step the departure of the Turkish seismic vessel Barbaros from the closed port of Turkish occupied Famagusta, noting that more needs to be done.

He told reporters on the sidelines of the memorial service on the occasion of the anniversary of the 1st April which marks the start of the anti-colonial liberation struggle of 1955-1959 that the fact that Barbaros has left is a positive step, adding that “what is left is for the NAVTEX not to be renewed and for the sovereign rights of the Republic of Cyprus not to be disregarded.”

Asked if UN Secretary General’s Special Adviser on Cyprus Espen Barth Eide is coming to Cyprus to announce the resumption of the talks on the Cyprus problem, President Anastasiades said “I don’t know why he is coming back. He is returning, of course, to consult whether the prospects are being created. This will be indicated by events and then we will decide”, he added.

Cyprus has been divided since 1974, when Turkish troops invaded and occupied its northern third. Peace talks were suspended in October last year as Barbaros violated Cyprus` exclusive economic zone and Ankara issued a NAVTEX, which reserved part of Cyprus` EEZ.