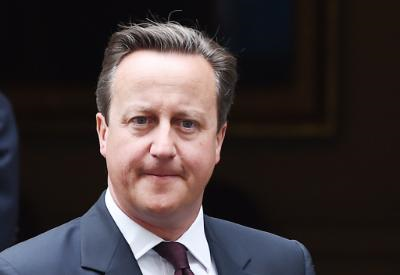 The President of the Republic of Cyprus Nicos Anastasiades is due to hold a meeting with British Prime Minister David Cameron at 10 Downing Street this afternoon, during his stopover in London, en route to New York for the United Nations General Assembly.

The two leaders will discuss the current phase of the settlement talks over the Cyprus issue, the EU reforms that Cameron pursues ahead of his country’s EU referendum, bilateral issues and energy developments in South-eastern Mediterranean.

As far as the Cyprus issue is concerned, Cameron is expected to ask President Anastasiades for a first-hand account of the talks’ progress, as well as his view on the prospect for the future. The UK Government’s views, expressed by Foreign Secretary Philip Hammond, is that the current circumstances provide the best possible opportunity for a lasting settlement. Prime Minister Cameron will repeat his government’s support for the two community leaders engaged in the talks and or the UN-led process in general.

On the subject of guarantees, London has been signaling that it wouldn’t let it get in the way of completing a deal on the future of Cyprus. Diplomats have noted that the UK Government’s concern to this regard is to maintain the military bases on the island following a reunification settlement.

In terms of reforming the EU, David Cameron has begun meeting with other EU leaders with the aim of building alliances ahead of the eventual negotiations on the new relationship he has said he wants between London and Brussels. The UK considers Cyprus to be sharing some of its positions, such as the need to protect financial services. The recent refugee crisis that has befallen Europe will also feature in the talks between the two leaders.

Cameron is also likely to raise the issue of fighting the so-called Islamic State. Earlier in the week the British Defence Secretary Michael Fallon said that approximately 330 jihadists were killed during British air strikes in Iraq over the last 12 months, with the majority of them carried out from Akrotiri.

On the energy front, BP’s reported intention to buy Cypriot natural gas for its facilities in Egypt has renewed the British interest on the developments in the region.

In the evening President Anastasiades will attend a working dinner organised by the National Federation of Cypriots in the UK.

He is accompanied by his spouse Andri and the Government Spokesman Nicos Christodoulides.