PM Samaras: ‘SYRIZA serves the interests of the drachma speculators’ 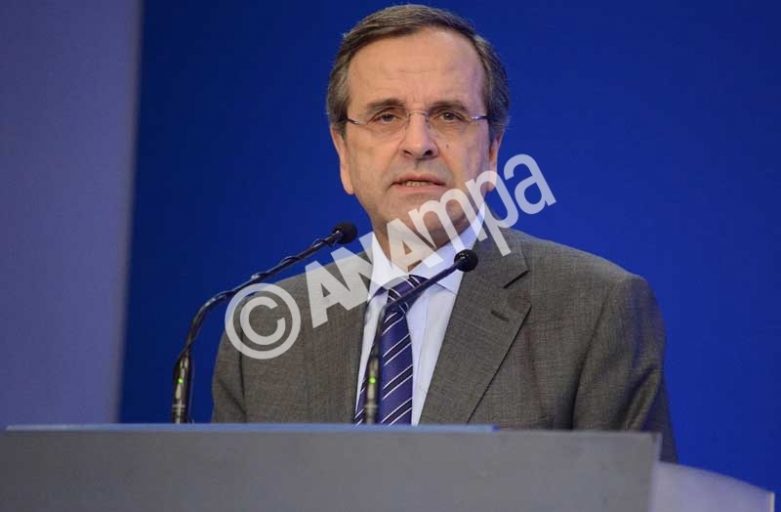 ANA – MPA — A minority dragged Greece to elections that a majority did not want, Prime Minister Antonis Samaras said on Wednesday in Chalkida, on the island of Evia, speaking of main opposition Radical Left Coalition (SYRIZA) party, which he also accused of fooling other parties it collaborated with.

Samaras said that if all SYRIZA claimed were applied, Greece would lose all EU funding, including the credit extension from the European Central Bank, and said the party was intent on “discussing from scratch all EU rules, something that cannot be done. Some people are trying to blow up all our achievements.”

Among other things, the prime minister said that taxes would be lowered and businesses would pay a unified tax of 15 pct, with a lower VAT. He pledged that pensions and wages would not be reduced any more, and said that on Saturday he would “present to the Greek people our full programme on the economy.”

Under his government, he said, Greece “did not see what bankruptcy and exiting the eurozone means, nor did it see shut-down ATMs and banks,” which it won’t see when ND wins elections. Samaras also charged SYRIZA with trying to grant citizenship and insurance to all immigrants, regardless of whether they are war refugees or not: “You see what is happening in Europe. Today we had a massacre in Paris with 12 dead, while some people are inviting foreign immigrants here. Populism wants to take us back – for what reason? To protect the privileges of those who have become comfortable in statism.”

The main opposition party, he said, “serves the interests of those who have become comfortable and of the drachma speculators.”