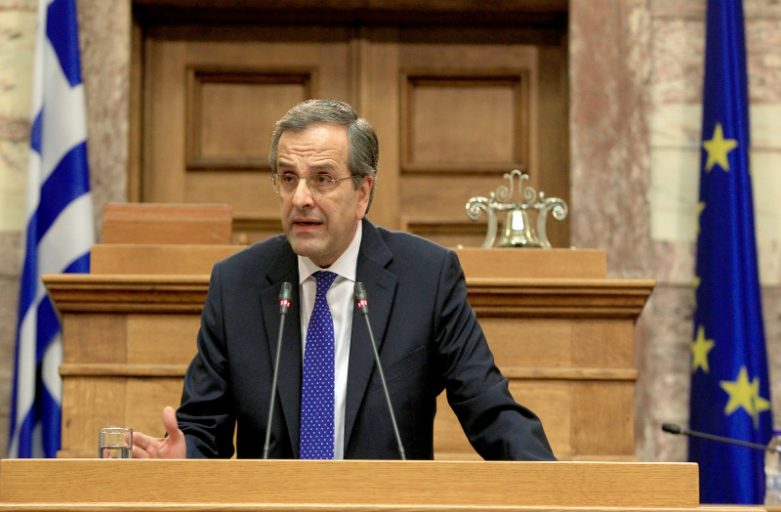 ANA-MPA: Prime Minister and New Democracy leader Antonis Samaras, who is visiting Kastanies, Evros, on Monday expressed his optimism over the result of the national elections on January 25.

“I am optimistic, of course” he said.

The Greek premier, who also visited the fence constructed along the Evros river for preventing undocumented migrants from flowing into the country, said that it is very efficient.

“The fence has played a positive role and, as I have already mentioned, it needs to be maintained. This fence has benefited the area and we are not going to allow its demolition so that undocumented migrants can enter the country” he stressed.