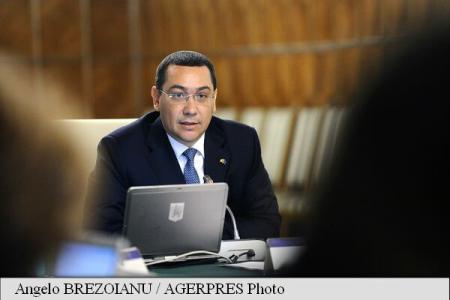 Prime Minister Victor Ponta said on Tuesday that an extra 13 bln lei have been collected this year to the budget in addition to the figure estimated in the State Budget Law, which shows on one hand an efficient activity of the companies, but is also an effect of the tax relief measures taken by the Government.

“I want to thank you not only for the economic success you had this year, but also for paying a lot more in taxes and fees. An extra 13 billion lei as to what was provided for in the State Budget Law represents in the first place a better and more efficient activity of the companies in Romania, combined, however, with what I call the American style ‘stick and carrot’,” the Premier told the 23rd edition of the National Ranking of Private Companies in Romania event.

Ponta added that certain tax relief measures have already been implemented — like the 5 percent cut in the social security contribution, the 9 percent cut of the VAT on food — and that others will be introduced.

“Now there’s this talk again that trouble will ensue if we reduce the VAT next year, or if we implement other such measures. It will be no trouble at all. On the contrary, I think that a business milieu that charged lower taxes, a clearer legislation like the new Tax Code, and a much stronger and more powerful control that removes tax evasion from the market, like the one exerted this year by the National Tax Administration Agency and the Antifraud Directorate, represents the ideal combination you would want and which I, as head of the government, appreciate. (…) I want to say that next year we can continue with the tax relaxation on the one hand, and on the other hand with anti-evasion activities tougher than this year. These are the two measures which in combination can lead to a functional and sustainable economy,” said the Premier. More…