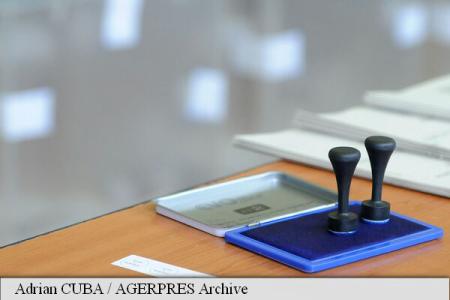 The correspondence voting system, video and computerized monitoring in the polling stations, organizing more polling stations in the diaspora – these are the main novelties of the election process in 2016, compared with the legislative elections in 2012.

On the electoral rolls, four years ago a number of 18,248,414 citizens having the right to vote were enrolled.

Currently, the number of electors enrolled in the Electoral Register, including citizens who will turn 18 years until the election date, namely 11 December, is 18,906,721, according to the data provided by the Permanent Electoral Authority (AEP).

The total number of Romanian electors with the domicile or residence in Romania, valid on 8 November, is 18,297,431, and there is a number of 8,889 requests for correspondence voting, belonging to Romanian citizens settled abroad.

For the voting held four years ago a number of 306 polling stations were organized abroad, and 18,456 in the country.

This year the Foreign Affairs Ministry (MAE) proposed to organize 417 polling stations in the diaspora, in over 90 countries, higher by 111 compared to the parliamentary elections in 2012 and higher by 123 in comparison to the presidential elections in 2014.

A first in the electoral process held on 11 December is that Romanians in the diaspora can vote by mail. The Law regarding the correspondence voting was adopted by Parliament in October 2015.

The Romanian citizens abroad could register with the Electoral Register until 14 September and had the possibility to each choose whether to exercise the voting by mail, or to request that a polling station be establish in the locality where they are residing.

Another novelty is that the current parliamentary elections will be using video cameras in the polling stations and the information system for monitoring the voter turnout will be further used, a system which was implemented for the local elections held in June and which guarantees that multiple voting will be avoided. In this manner the electors won’t be forced anymore to sign a statutory declaration that they haven’t voted in other polling station.

This system will be introduced to the legislative elections on 11 December also in the polling stations abroad.