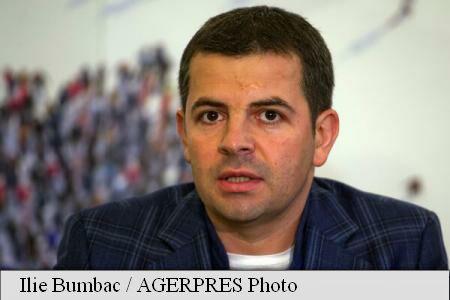 Co-Chairman of the Alliance of Liberals and Democrats (ALDE) Daniel Constantin believes that the political formation that he leads will become the third political force in Romania after the parliamentary elections, the long-term objective consisting of becoming the second largest political formation in the country in 2020.

“The ALDE is a party which formed not just for these elections. I’m glad that we had the opportunity, not just in the local elections, and I believe that we will confirm in the parliamentary elections the third position on the Romanian political stage. It is a good thing for a party that formed from the merger of two short time parties, but our objective doesn’t stop in 2016, our goal is set on a medium and long term. I believe that 2020 can be a year in which the ALDE could fight for the second position on the Romanian political stage. This is our goal and certainly we are counting on the candidates that we have, on the Satu Mare organization,” Daniel Constantin stated in a press conference held in Satu Mare.

He explained that the party’s assets are mobilized for this election, congratulating the organization from Satu Mare, which was ranked first on a national level.

“In terms of percentage, the organization from Satu Mare was ranked first on a national level and I believe that it is a thing that must be appreciated. I have enjoyed today seeing in several locations, in which we stopped, or paid a visit to a processing unit, or to a village that everybody is mobilized. It is an extraordinary sign. I am very pleased that everyone understood the importance of the parliamentary elections of 2016, starting with the heads of the county and ending with the last adviser that we have,” the ALDE Co-Chairman added. More…