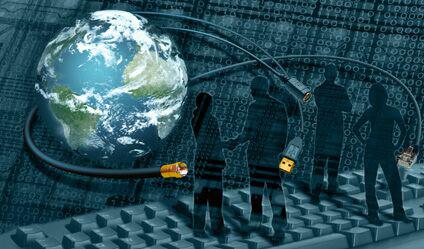 Several party leaders signed a parliamentary initiative to modify the Law No. 506/2004 on the processing of personal data and the protection of privacy in electronic communications, the Presidential Administration announced after their meeting with President Klaus Iohannis on Wednesday.

The Administration mentioned that the initiative does not concern the cyber security law or the Law No. 82/2012 on the storage of data generated or processed by the electronic communication providers, which was pronounced unconstitutional.

According to this source, the project agreed on Wednesday aims at providing additional guarantees for the protection of personal data and of privacy and at bringing clarifications to prevent abuses. Thus, access to personal data is allowed only within a context strictly defined by a court of law, or with the previous authorization by a judge. The Presidency asserts that all the representatives of the civil society and all the concerned actors insisted for this principle.

According to a Presidential Administration’s media release, President Iohannis voiced his hope that the Parliament will approve the project, which was the result of joint efforts; he stressed that in a democratic society the security, the rule of law and the freedom must be reconciled. More…