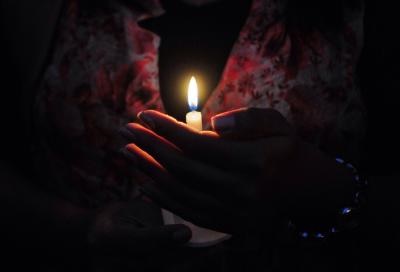 The economic crisis has led many Cypriot families in economic despair. Only in the past few days, the office of the Commissioner for Volunteerism and Non-Governmental Organizations has located 100 additional families who are in need of immediate assistance.

In statements to CNA, the Commissioner Yiannis Yiannaki said that during the past days his office has identified more than one hundred families who are in urgent need.

“It is sad to see people starve and not to ask for help because of various reasons, mainly due to dignity,” he said.

Among those families there are people who recently lost their jobs and have huge amounts of loans which they can not repay or people with health problems.

“This Easter let us all look around us and if you see a family in need please alert the relevant authorities to provide assistance,” he stressed.

Meanwhile, there is an ongoing campaign, ahead of Easter, to help 12.000 families who are in urgent need.

Many governmental services contributed in this year`s campaign by collecting food, clothes and games for the children.

Yiannaki appealed to all people to open their hearts and stand by the ones who are in need.

Excluded from the international capital markets since May 2011, Cyprus applied for a bailout in June 2012 to avert the collapse of its banking sector and cover its financing needs. The €10 billion bailout agreed in March 2013 however featured the unprecedented bail-in of uninsured deposits coupled with capital controls which plunged the economy into deep recession.