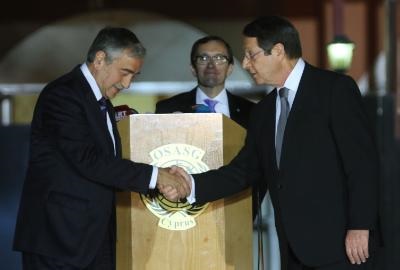 European Parliament MP Kati Piri, author of a report on Turkey which the European Parliament Foreign Affairs Committee adopted on Monday, has appeared optimistic about the resumption of the negotiations between Greek Cypriots and Turkish Cypriots

Speaking to CNA Piri said that “I share the expectations that exist in the island. Turkish Cypriots voted for someone that wants a solution – and with a big majority – while Greek Cypriots have already voted as a President a person who already from 2004 supported the Annan plan. So, I think that there is a great possibility that the effort under Mr Eide will come to a positive conclusion”.

The EP, she added, has always supported the efforts of the UN. “Of course, there will be a referendum at a certain point and that is why there should be as much transparency as possible, there should be trust, everyone should know what is going on”.

Piri, when asked why she did not include in her report on Turkey a variety of issues, explained that “I chose to stress the accession talks, to follow the Commission’s way. So, issues like Famagusta (Turkish occupied town in Cyprus) or the missing were not covered. But, where there were amendments with a broad consensus, they were incorporated in the report and will go to the plenary”.