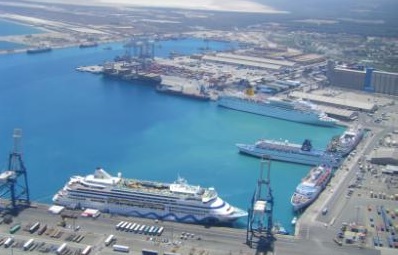 With geopolitical developments and the way they affect shipping worldwide on its agenda this year, the “Maritime Cyprus” conference, takes place on 13-16 September, in Limassol.

Attracting the elite of global shipping the conference is expected to be attended by more than a thousand people from Cyprus and abroad, Director General of the Cyprus Shipping Chamber Thomas Kazakos told Cyprus News Agency.

“The `Maritime Cyprus` conference is one of the few shipping conferences that take place worldwide and is organised every two years in Cyprus, for more than 25 years now,” Kazakos said, adding that only three or four such conferences are organised globally.

He noted that around 700 participants from 30 to 35 countries are expected for the Conference and many others from Cyprus, raising their number to more than a thousand. Among them experts and representatives of intergovernmental organisations, such as the Secretary General of the International Maritime Organisation, EU Commissioners and the Chairmen of the International Chamber of Shipping and the European Community Shipowners Association.

This is an opportunity, he said, to showcase Cyprus as a reliable maritime centre.

“The fact that every two years we attract the elite of global shipping demonstrates that Cyprus still enjoys high esteem among its competitors and colleagues and this is an opportunity to promote Cyprus as a business centre,” he added.

Thirty to thirty five keynote speakers will cover a range of issues related to international shipping, such as shipping “politics”, the world economy and the shipping cycle, e-shipping. Kazakos said that this year the agenda includes the subject of geopolitical developments and how they affect shipping.

The conference is organised by the Ministry of Transport, the Department of Merchant Shipping, the Cyprus Shipping Chamber and the Cyprus Union of Shipowners and is under the auspices of the President of the Republic.