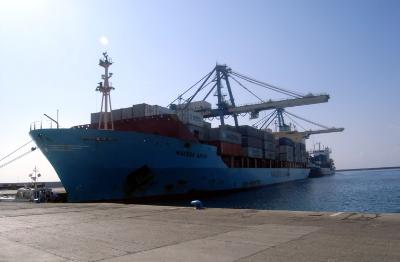 “Maritime Cyprus 2015” Conference will be held in Limassol, on 13-16 September 2015, according to an official announcement.

The “Maritime Cyprus” Conference has been established as a biennial event in Cyprus and it is organised by the Ministry of Communications and Works and the Department of Merchant Shipping in cooperation with the Cyprus Shipping Chamber and the Cyprus Union of Shipowners.

The success of this Conference is attributed, to a large extent, to the high calibre of the speakers and the large number of shipping executives attending the Conference from around the globe. The Maritime Cyprus Conference has grown into one of the world’s most significant shipping conferences. Its status now gives it a prominent position in the calendar of many shipping executives of the industry, including, owners, managers, and delegates from other shipping organisations.

The main theme of the “Maritime Cyprus 2015” Conference, which is the 14th, since it was first established in 1989, is Shipping: “Game Change”. As the theme suggests, the Conference will be focused on the crucial matters concerning the international shipping industry. The issues that will be discussed include policy and regulatory matters and the forthcoming changes in the international shipping scenery, economic matters, environmental matters and their interaction with technology, geopolitical and energy developments and forecasting for the recovery of the economy and of the freight markets.

The conference will be officially opened by the President of the Republic Mr. Nicos Anastasiades. Distinguished guests such as, the Secretary-General of the International Maritime Organization, the Commissioner in charge of Transport of the European Commission and other personalities of the International Shipping scene will address the conference.

The main aim of the “Maritime Cyprus” Conference is to operate as a forum where important and current issues relating to international shipping are presented by distinguished speakers and subsequently discussed by the international shipping community, thereby helping to formulate sound and well balanced decisions and policies on crucial shipping issues.

The “Maritime Cyprus” Conference provides the opportunity to the participants to become familiar with the strong maritime tradition of Cyprus and its people. Cyprus’s complete shipping infrastructure constitutes an invaluable asset, both for the expanded Europe and for the international shipping community in general.