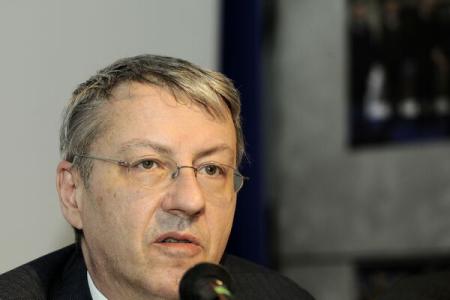 State Secretary for European Affairs with Romania’s Foreign Ministry (MAE) George Ciamba on Thursday had a round of bilateral talks in Paris with his French counterpart Harlem Desir, MAE reports.

The two officials reviewed the main aspects of the February talks in Paris, underscoring the commitments of the two countries to implement decisions agreed upon at the talks and, consequently, to the development and diversification of the bilateral relationship and the strategic partnership between the two countries. Agreement was reached on keeping up a deepened dialogue for the preparation of future high-ranking events on the bilateral agenda in the second part of 2015 and the year 2016. Among the concrete projects reviewed by the two officials were for events to mark the centennial of Romania’s Greater Union of December 1, 1918, which paved the way for modern Romania, to be held in Romania and France alike, says MAE.

The talks focused primarily on current European affairs, such as strengthening Europewide security in the fight against terror; the latest developments in migration to the European Union; the European fund for strategic investment as well as other economic aspects, including the latest developments in Greece and the Euroland; the EUs’ eastern neighbourhood and, more generally, the assessment of the neighbourhood policy; energy and climate change. The two officials also exchanged opinions on the UK objective to renegotiate its relationship with the EU and the possible implications thereof on the European integration process. More…