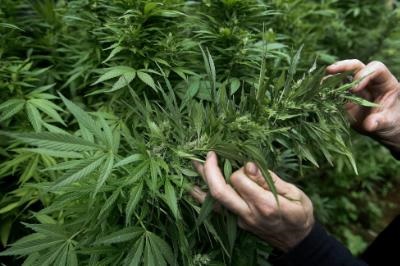 Around 10% of the general population in Cyprus has used cannabis at least once, with the percentage reaching 14.5% in the 15-34 age group, which is still low compared to other European countries, according to a study conducted by the European Commission.

According to the Annual Report of the National Documentation and Monitoring Centre for Drugs for the year 2014, based on 2013 data, one in five Europeans has reported using cannabis over the past year, while only 3% of Cypriots had during the same period.

Four other studies are scheduled to be conducted in 2015, two among the general and student population, and two focusing on new drugs. The research is funded by the European Commission.

The report notes a reduction in applications for treatment by persons addicted to mainly heroin, and an increase in cannabis users after 2009.

The drop in heroin users is a European phenomenon, while the rise in applications by cannabis users is mainly due to the protocol of cooperation for referring users of up to 24 years of age, as well as Police interventions aiming at referring all drug users for therapy, irrespective of age.

Furthermore, a total of 1,092 users of illegal substances who went for treatment in 2013 was recorded, compared to 1,132 during the previous year. It appeared that four in ten users were unemployed, while 35% had not completed compulsory education.

A total of 13 drug related deaths were reported in 2013, while 39 intravenous users out of 82 examined had tested positive for Hepatitis C and six for HIV/AIDS.

The report also says that of the 400 persons imprisoned in 2013, 90 were sentenced to jail for violations related to drugs. Furthermore, there was an increase in confiscation of cannabis and coca plants during 2013.