Korn performs to a crowd of nearly 5,000 in Bucharest City 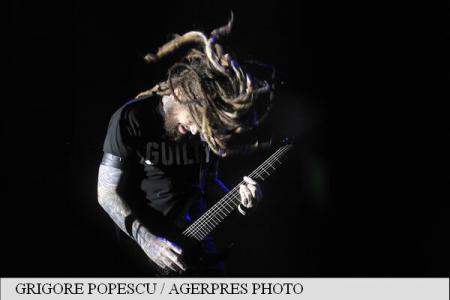 US rock band Korn on Monday performed to a public of nearly 5,000 people in their first show mounted at the Roman Arenas of Bucharest City.

The band’s fans jumped up and applauded for one hour and a half together with the US rockers. Korn opened the concert at 21:30hrs with “Blind” and continued with bass to the max, drums and Jonathan Davis’s twisted voice.

Before performing “Shoots and Ladders,” Korn’s lead vocalist brought on stage a Scottish bagpipe, which the nu-metal band has oftentimes included in its recordings.

When bidding farewell to the public, Davis mentioned that the band has recently turned 20. Korn’s previous performance in Romania was in 2010, at the Peninsula Festival of Targu Mures.