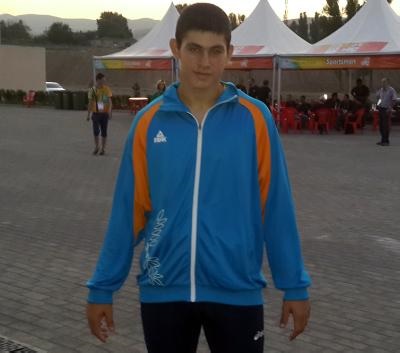 This is the second medal for Cyprus at the games after 15-year old Vasiliki Kourri won the bronze medal in judo.

“I am very pleased. I could have won the gold medal, but my opponent was strong and had a better throw. Nonetheless this is a great success for me and I am glad I got the medal,” he said.