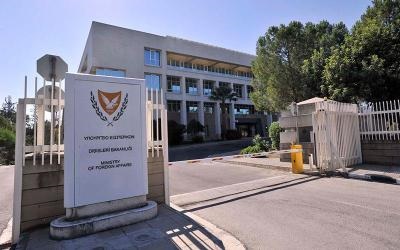 The Cyprus issue, bilateral relations and terrorism are among the issues to be discussed during tomorrow`s meeting between Foreign Minister Ioannis Kasoulides and Deputy Foreign Minister of Italy Benedetto Della Vedova in the framework of his official visit to Cyprus.

According to an official press release, the meeting will focus on bilateral relations and ways to further enhance them, the Cyprus issue especially after Turkey`s provocative actions against Cyprus in the Cypriot Exclusive Economic Zone, energy issues, the situation in the Eastern Mediterranean, terrorism and the peace process in the Middle East.

In addition, they will discuss issues of mutual concern, emphasizing on the EU – Turkey relations, EU – Russia relations, illegal immigration and the MedGroup Ministerial Meeting that will take place in Paris on the 20th of February.

The Italian official will also be received by President of the Republic of Cyprus Nicos Anastasiades and the Archbishop of the Church of Cyprus Chrysostomos II. He will also meet with Greek Cypriot negotiator at the Cyprus talks, Ambassador Andreas Mavroyiannis.

The Republic of Cyprus, an EU member state since 2004, has been divided since 1974 when Turkey invaded and occupied its northern third. Numerous UN-backed rounds of negotiations to reunite the island under a federal roof have not yet yielded result.