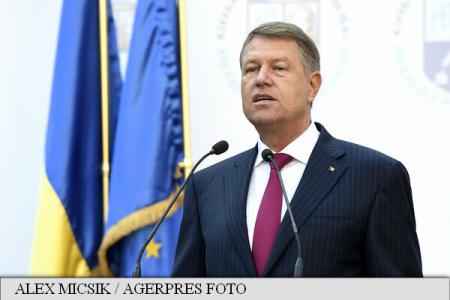 President Klaus Iohannis on Sunday released a message on the award of the high aegis to the 2017 edition of “Romania’s Capital of Youth,” in which he says youth involvement in the public life is crucial to changing the current political culture.

“Youth involvement in the public life, both directly and through representative organisations is crucial to changing the current political culture. I am hopeful that the civic, social and cultural initiatives of the youth will become an increasingly more important part of our life, and I can assure you of my full support to that end,” Iohannis said in his message read out by his adviser Ligia Deca.

He added that “the youth summit meeting is that sort of an event that allows various groups of the Romanian society to express their opinions and discuss urgent matters within an inclusive and open framework.”

Iohannis also said that in the absence of closeness to certain communities and their specific needs no genuine change will occur that would meet the peoples’ real expectations.

“Given all that, the idea of calling a Romania’s Capital of Youth promises to become a catalyst for such changes at local levels designed to bring the youth front and centre in the urban development process. Hopefully, a new model will be generated for relations between local administrations, representative youth organisations and communities,” said Iohannis.

He added that the importance of such efforts should not be underestimated, pointing out that Europe is considering a new approach of youth integration with society and the labour market, as a result of decreasing opportunities for them. The president warns that for the first time after WWII, intergenerational economic progress, considered natural in the past, has disappeared.

Iohannis said young people in the countryside are now poorer than the previous generations, facing problems with staring up an independent life and with making a family.

“Given the context, I have bestowed my high aegis on the 2017 edition of ‘Romania’s Capital of Youth’ as a starting point in a shared endeavour to bring youth issues back to the fore in Romania’s public space,” said Iohannis. More…