Iohannis: Romania is neither transit, nor destination country for refugees 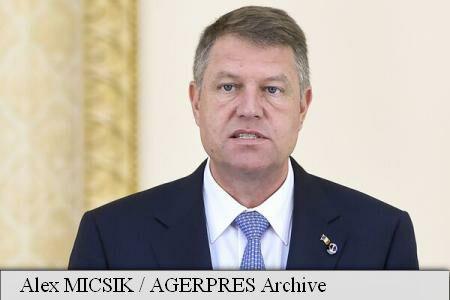 Romania is neither a transit, nor a destination country for refugees, Romania’s President Klaus Iohannis said Monday, adding the country is ready to increase its involvement in Frontex actions.

“I want to say it clearly and be perfectly understood: Romania is neither a transit, nor a destination country for this current flow of refugees. I took part in the meeting as the organisers said Romania should be represented because it is located very close to the area where there is a significant refugee flow,” Iohannis told journalists at the Cotroceni Presidential Palace.

He added that the Brussels meeting on Sunday agreed on Greece and other countries in the migration path in Western Balkans to increase their reception capabilities, including with support from the UN High Commissioner for Refugees. He said that if the capabilities of the affected countries prove insufficient, the European Union’s civil protection mechanism could be triggered.

“Personally, I supported an approach that covers several levels for an integrated approach of the issue. On the one hand, I proposed increased support to Greece, and on the other hand better cooperation with Turkey and better cooperation among the countries in the Western Balkan path. I restated the fact that Turkey is important,” said Iohannis.

He mentioned that at the talks he praised the activity of the relevant European agencies, particularly Frontex, to which Romania is the second largest contributor. More…