Iohannis at Gov’t meeting: I discussed with the PM; I am pleased with how you do your job 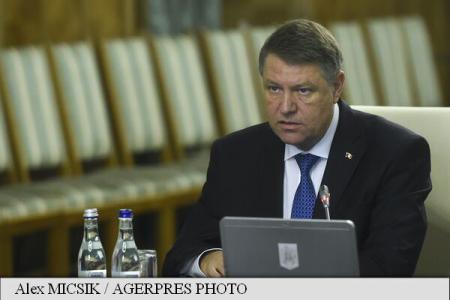 President Klaus Iohannis said on Wednesday he had, before the Government meeting, a “very applied” discussion with Prime Minister Sorin Grindeanu, and the head of state told the Government members that he is very pleased with how they do their job.

He said that it is “a pleasure and an honour” to be in the meeting together with the Government members.

“Allow me to tell you I am very pleased with the manner in which you all do your job and to me it is not only a pleasure, but also an honour to be here with you. In respect to the conclusions of the discussion I had with Mr Prime Minister earlier, I would like to let him detail these things,” the head of state added. More…